Where do we get our Canal Boat names from? A question we are often Asked.

Well, when the company first started, our canal boat names were original to the boats i.e. Manucunion, Avon, Ailsa Craig, Magician. In that same year 1948 a butty was puchased and cut into two making James Brindley and Angela (after Angela Rolt – a canal theme had started?). From there we had Thomas Telford, Venturer and heron. We had a Martine, Dorothy Grace (Mino’s Mother), Elizabeth grace (I think an Aunt), Erminilda (Stone Town History) Wulfreds Wife, Benidicta from the Wyatt Family Tree born in 1629. We have kept an Angela in the fleet from the begining, building her sister boat Rosemary (joiners wife) From there We had Boadica (a nordic queen) who had two daughters Aramanda and Sabina 1 (both of these were used as boat names) and we also had Sabina 2. Our Family Tree dates back as far as Adam Wyatt 1307. David and Mino dipped in and out of the Family Tree several times over the years. In the 80’s and 90′ we built Roxana, Katherine, Ginette, Alice Elizabeth, Maria, Lucy Ginger, Carey Ginger, Sophia Ginger, Olivia Ginger, Patricia, Lillian Ginger. And, from the year 2000 onwards we have built Elinor Ginger followed by Martha Ginger, Frances and Agnes.

Our ‘Ginger Class’ started when we had the idea to make a comfortable class of boat, with more living space and dedicated bedrooms. Kimberley (our daughter) chose ‘Lucy Ginger’ from the family tree becuase both her and Dominic (our son) are red heads, they also broke the bottle of Champagne over her bow on launch day. 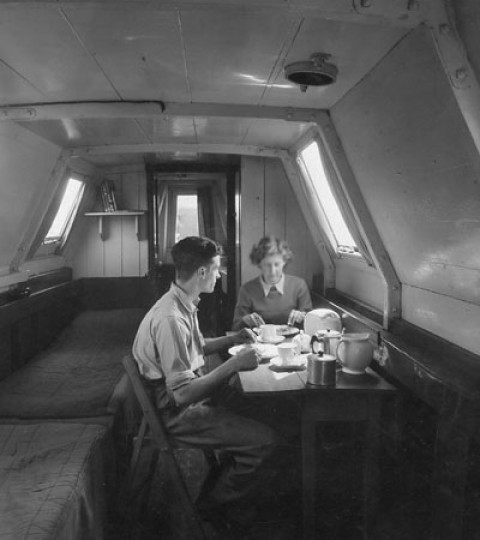 Rosemary – The wife of Dennis Regan who was the company joiner for 50 years.. SOLD in 2017

Lucy Ginger – The start of the Ginger CLass Lucy Ginger born 1795. Kimberly our daughter chose this name from the tree as both Kimberley and Dominic are red heads. SOLD in 2021

Our Present Fleet
Angela – After Angela Rolt, Jean and Rendel were great friends of Tom and Angela
Ginette – A regular customer from Belgium who passed away the year we were building her.
Alice Elizabeth – A great great Aunt born 1867
Maria – Daugther of James Wyatt who was born in 1791 (from the Tree) Also my sisters name.
Carey Ginger – A great uncle who whilst he was at Cambridge Univercity researched the Tree.
Olivia Ginger – my sisters middle name.
Patricia – my middle name
Lillian Ginger – When Rendel and Jean first came to Stone and started the company they lived on a house boat Called Lily.
Elinor Ginger – born 1655
Martha Ginger – born 1669
Frances – sister of Martha born 1667
Agnes – born 1580
Mino – After Mino Wyatt

This website uses cookies to improve your experience while you navigate through the website. Out of these, the cookies that are categorized as necessary are stored on your browser as they are essential for the working of basic functionalities of the website. We also use third-party cookies that help us analyze and understand how you use this website. These cookies will be stored in your browser only with your consent. You also have the option to opt-out of these cookies. But opting out of some of these cookies may affect your browsing experience.
Necessary Always Enabled

Any cookies that may not be particularly necessary for the website to function and is used specifically to collect user personal data via analytics, ads, other embedded contents are termed as non-necessary cookies. It is mandatory to procure user consent prior to running these cookies on your website.